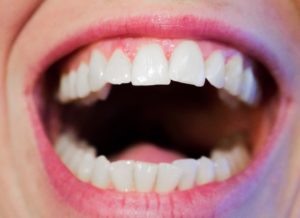 What are tonsils and what are they for?

The main function of the tonsils (palatine tonsils) is to produce antibodies to fight disease-causing microorganisms, acting as great allies of the immune system.

They are extremely rich in lymphocytes (cells that act to defend the body) and are located in a strategic position (between the mouth, nose, and throat). Therefore, the tonsils come into direct contact with the microorganisms that invade the body through the air or through food.

By developing antibodies to fight specific microorganisms, it makes the body able to defend itself quickly. It creates immunity if it is attacked by the same virus or bacteria next time. Tonsils are a body of defense of extreme importance in the human body. They are one of the first barriers of our organism against aggressions of the environmental system.

Because of their prime but at the same time vulnerable location, the tonsils are frequently contaminated and inflammation and infections are quite common, especially in children.

For a long time, it was believed that the tonsils had no function in the body and therefore, doctors recommended their removal by means of a simple surgery (tonsillectomy).

Today, knowing the immune function of our palatine tonsils, the recommendation to remove them is only with more severe cases. For example, when they are very large (hyperplasia) and interfere with breathing and feeding, chronic halitosis or acute and very frequent bacterial infections.

Tonsillitis is an inflammation of the tonsils. Because of their location, the tonsils are vulnerable as the target of viruses and bacteria – and in an attempt to combat them, the body triggers an inflammatory process. The tonsils swell and, in cases caused by a bacterial infection, can even get pus.

– Tonsillitis, especially of the viral type, is more common in children
– Gastroesophageal reflux
– Smoking and passive smoking
– Air-conditioned rooms
– Agglomerations in enclosed and non-ventilated places
– Tendons and size of the tonsils (some tonsils, usually bulky, are more susceptible to infections).

Since bacteria and viruses trigger tonsillitis, hygiene measures  are important. These include washing hands frequently and not sharing cutlery and glasses with people with symptoms of flu, cold and other infections.

Doctors also advise staying away from cigarette smoke, avoiding sudden changes in temperature, and enclosed and crowded places, especially during the winter.

In situations of viral tonsillitis, ENTs give anti-inflammatories, analgesics, and antipyretics to relieve pain, fever, and other discomforts. In cases of bacterial tonsillitis, antibiotics come on the scene, usually, over 10 days. Keep in mind, the doses of the drugs should never be interrupted without medical authorization, although the condition improves significantly early in the treatment.

Inappropriate use or abuse of this type of medication leads to bacterial resistance. Therefore, you have to proceed with medical guidance and finish all antibiotics.

In some circumstances, the high recurrence of tonsillitis episodes (in childhood or adulthood) causes specialists to opt for a prophylactic procedure: surgical removal of the tonsils.